Congratulations to the winners of our $500 Noosa Fair Gift Cards!

And the winners of our Mother's Day competition are -

Please contact Centre Management on 5447 3788 to arrange collection of your prize.

Thank you to everyone who entered our Mother's Day competition.  The competition is now closed. 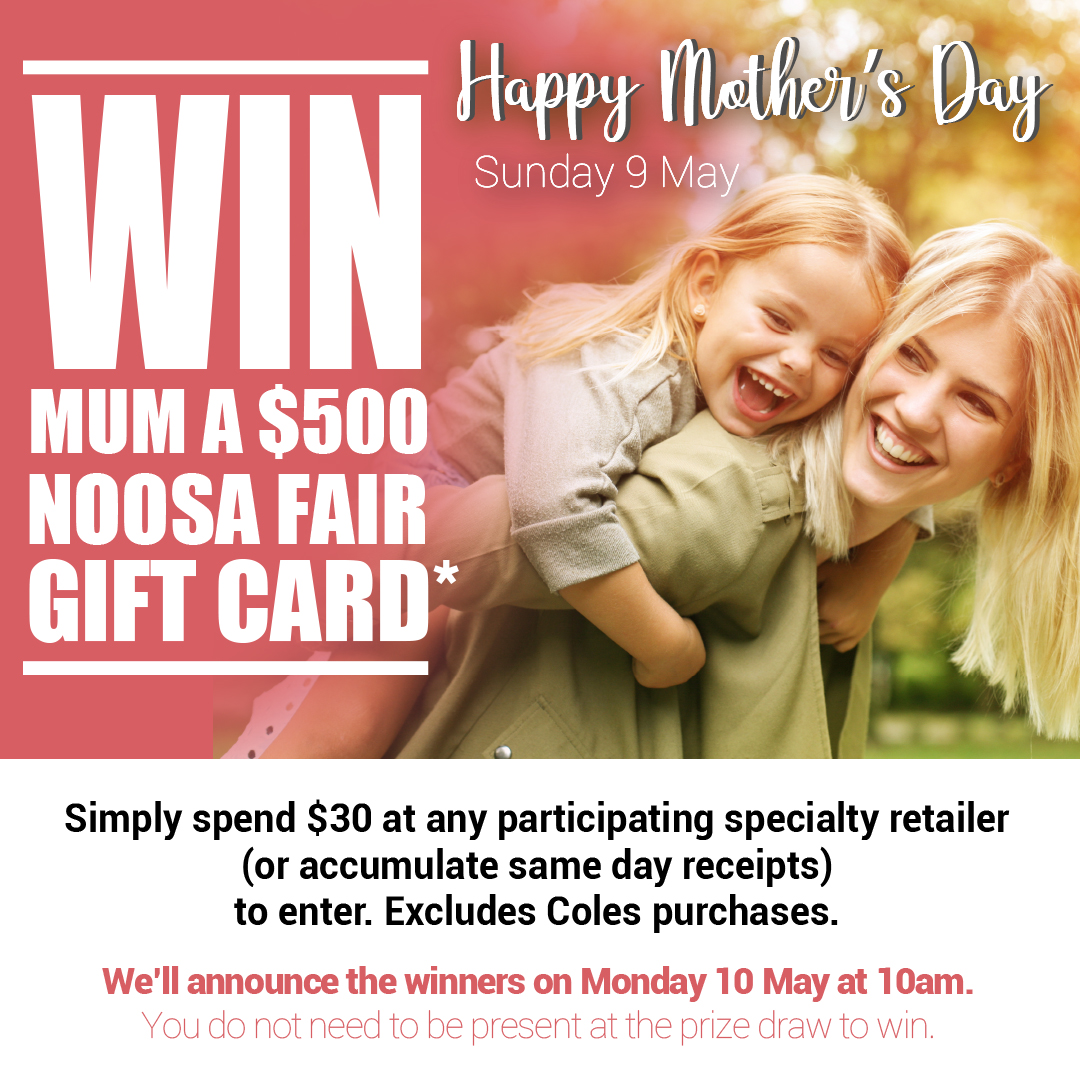 “Draw” means drawing of the prize winners on the official draw date;

“Eligible Purchase” means a purchase of Goods or Services at the Centre made during the Promotion Period;

“Entry” means an official entry in the form issued by the Centre Manager;

“Goods or Services” means any form of goods or services other than alcohol or tobacco products, gambling products (including Golden Casket, Gold Lotto and Powerball) payments for rates, gas, electricity, telephone accounts, vehicle registration, subscriptions to health funds and/or ambulance subscriptions; prescription medicines or deposits into banks, building societies or other financial institutions or payments on account of insurances and the like;

“Promotion” means the promotion conducted by the Owner at the Centre during the Promotion Period in accordance with these Terms;

“Valid Entry” means a decipherable and legible Entry which has: (a) been completed by the insertion of the entrant’s name and residential address; (b) been signed by the entrant; (c) been placed into the Entry Box during the Promotion Period; and (d) has attached to it (by staple) an original Receipt verifying an Eligible Purchase

Noosa Fair Shopping Centre will be CLOSED for the Labour Day Public Holiday, Monday 3rd May.

*Some stores may trade outside these hours, please check with individual stores.

Meet the Winners of our Holiday Down Under Competition!

And the winners of our $2500 Flight Centre Travel Vouchers are - 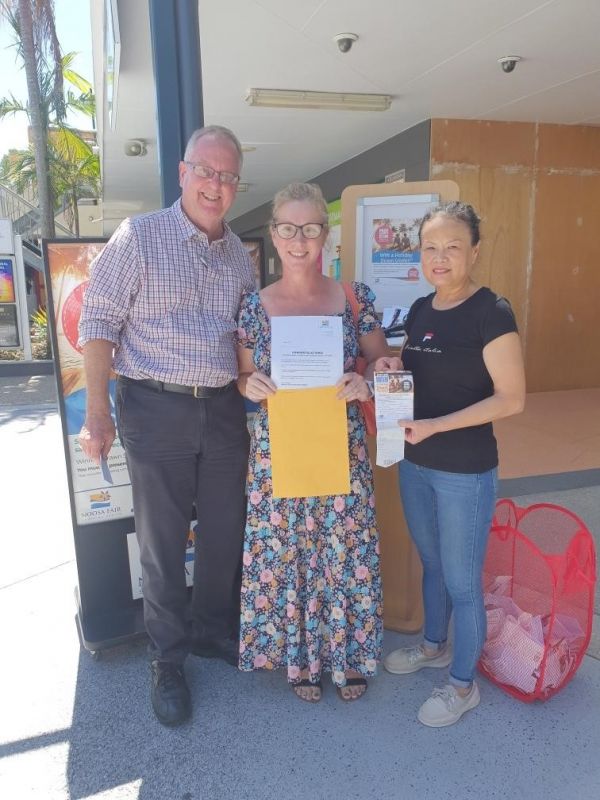 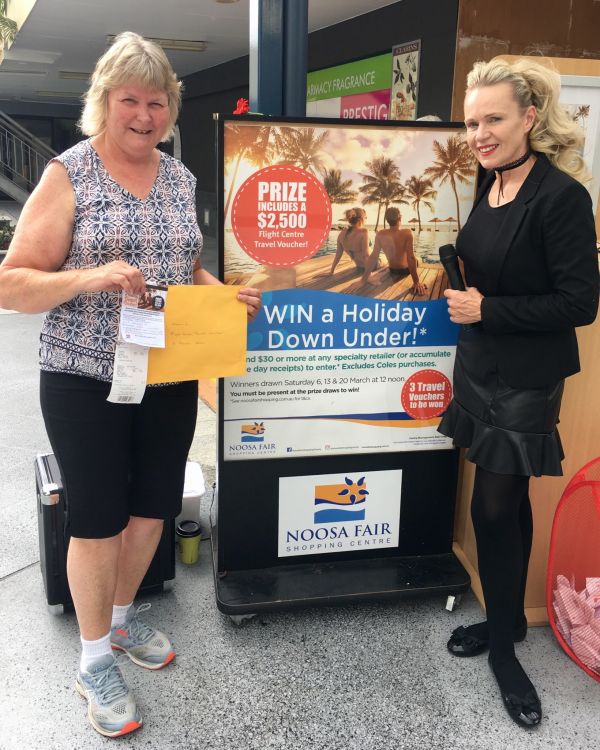 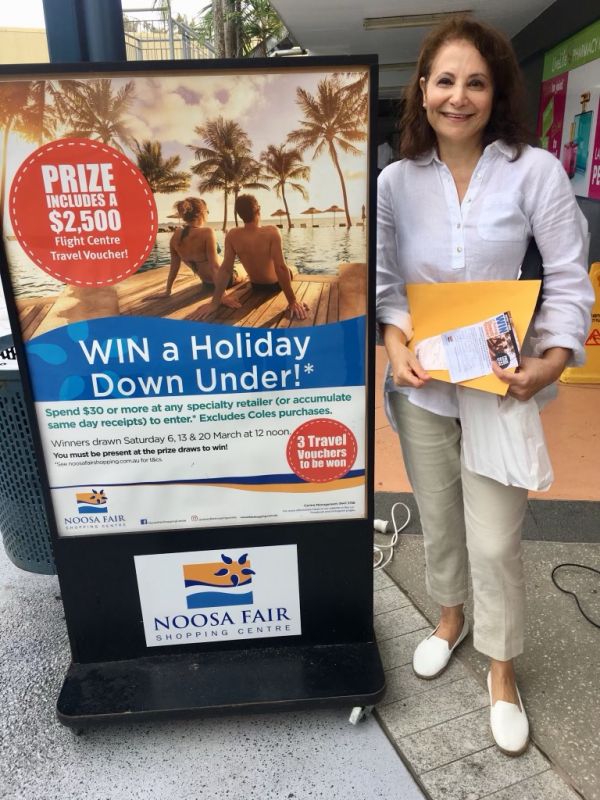 Thank you to everyone who entered our competition.  The competition is now closed. 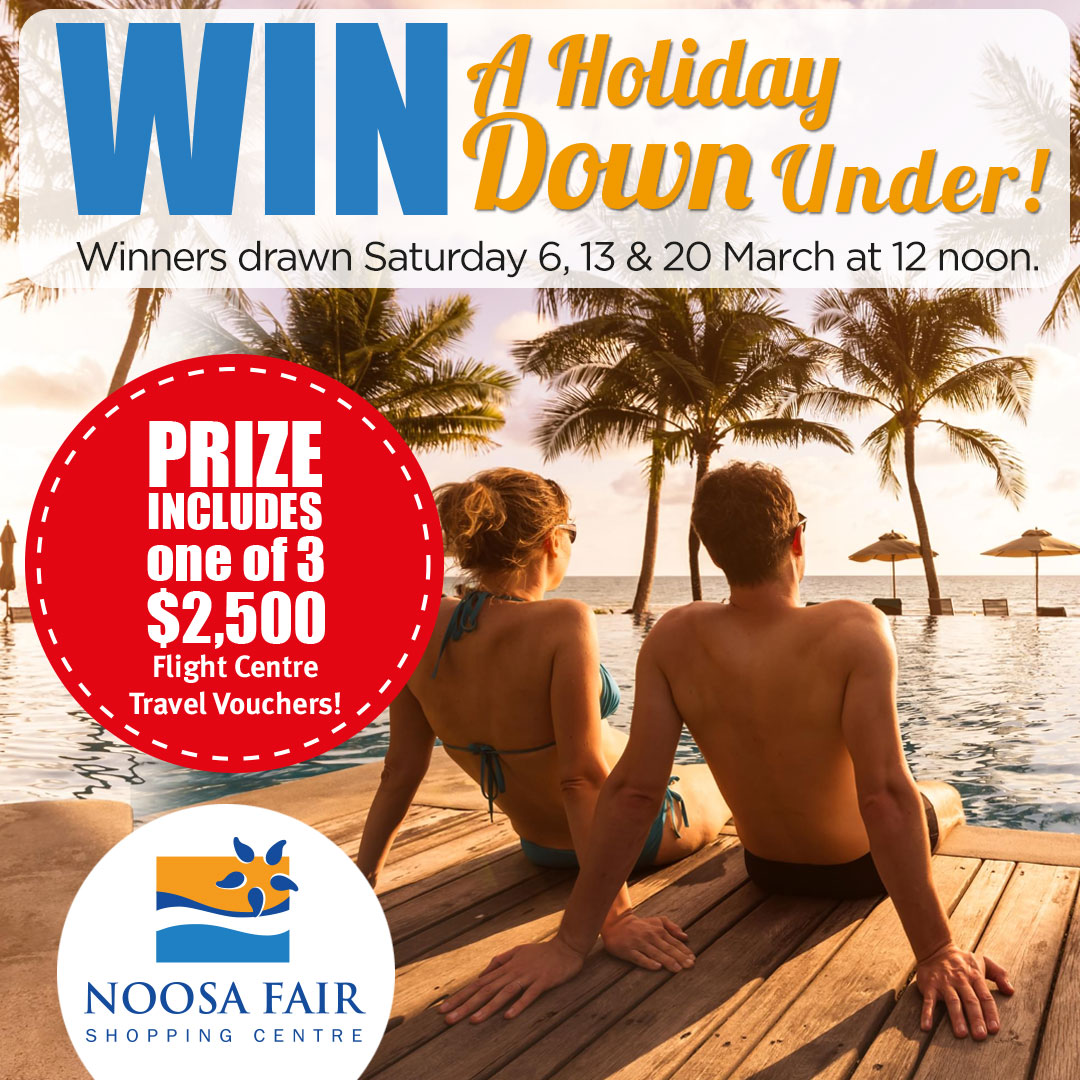 Update - Justice of the Peace Service

Noosa Fair's Justice of the Peace service is available -

The JP Service is located next to Noosa Fair News.

LOLA G is a fashion and home wares boutique offering affordability in clothing and home wares to ladies whilst adding individuality to your wardrobe and home.